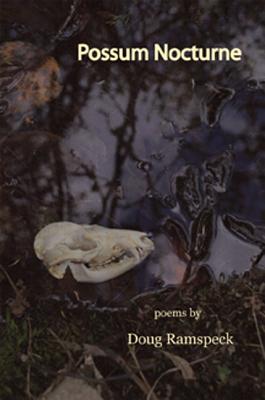 The poems in Possum Nocturne imbue the physical world with human traits and human consciousness, the speakers imagining the landscapes of their days as alive with portentous meaning. In 1757 David Hume wrote in A Natural History of Religion: There is an universal tendency among mankind to conceive all beings like themselves, and to transfer to every object those qualities with which they are familiarly acquainted, and of which they are intimately conscious. We find human faces in the moon, armies in the clouds . . . hence the frequency and beauty of the prosopopoeia in poetry, where trees, mountains, and streams are personified. The works in this collection are about animism and superstition, about characters who are convinced that a hoot owl whispers to us, that a black tupelo limb is an augury, that three crows in a black willow tree portend death, that a dry stream bed suggests that a spouse or relative will have a miscarriage, and that we can read our futures in the entrails of a pickerel frog or in a hognose snake skin found draped beside a river bank. Indeed, snakes in these poems often serve as mysteries and occultations. What could be more other than a creature without arms or legs, that muscles around on its own belly, that often has vertical slits as pupils, and that sticks out its tongue to understand the air? The world for the characters in these poems, then-mostly poems situated in the American Midwest and American South-is alive with its own form of consciousness and secret meanings.

Doug Ramspeck has been teaching creative writing at The Ohio State University-Lima since 1999, and he began directing the Writing Center in 2001. Ramspeck's poetry collection, Black Tupelo Country, received The 2007 John Ciardi Prize for Poetry. Several hundred of his poems have been published by journals that include Epoch, Prairie Schooner, Third Coast, Rattle, Confrontation Magazine, Nimrod International Journal, New York Quarterly, Hayden's Ferry, Hunger Mountain, and Passages North. In 2009 he received an Individual Excellence Award in Poetry from the Ohio Arts Council.
Loading...
or
Not Currently Available for Direct Purchase