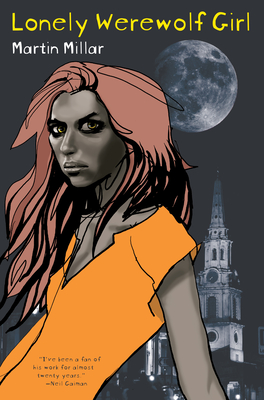 The hard-edged, hilarious, and utterly believable first entry in a trilogy featuring troubled teenage werewolf Kalix MacRinnalch introduces readers to a world where werewolves--friendly werewolves, fashionista werewolves, cross-dressing werewolves, werewolves of every sort--walk among us. Teenage werewolf Kalix MacRinnalch is being pursued through the streets of London by murderous hunters. She could certainly use a little help right about now, but her sister, the Werewolf Enchantress, is too busy designing clothes for the Fire Queen. So it looks like Kalix is on her own, as usual. This problem all started back at home in the Scottish Highlands where Kalix's family, the MacRinnalch Clan, is plotting and feuding after the head of the clan died suddenly without having named a successor. As the court intrigue threatens to blow up into all-out civil war, the competing factions determine that Kalix is the swing vote necessary to determine the new leadership of the clan. Unfortunately, Kalix isn't really into clan politics--laudanum's more her thing. But since Kalix might just be the reason the head of the clan ended up dead, she'll need to abandon her bad habits, if only long enough to stay alive.