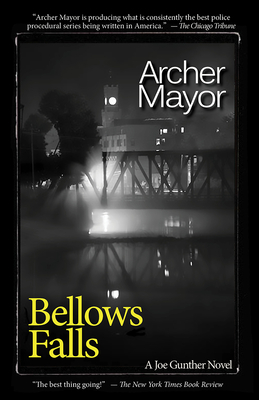 Joe Gunther is seconded to the neighboring town of Bellows Falls to investigate harassment allegations against a fellow officer. What begins as a seemingly open-and-shut case comes to look more and more like a frame job as Gunther doggedly pursues the truth, and soon he finds himself feeling around the edges of a statewide drug distribution network. As always, Vermont itself is a major character in Mayor's writing, with Bellows Falls standing in for any number of slowly decaying once-proud mill towns.