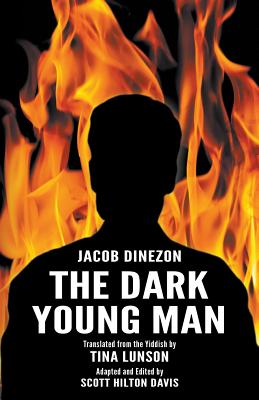 Jacob Dinezon's historical Jewish romance is set in the Russian Empire in the 1840s and weaves the bittersweet tale of Yosef, a poor but brilliant yeshiva student, who falls in love with Roza, the beautiful and charming daughter of a rich merchant. But the couple's bright horizon is clouded by the ruthless actions of Roza's brother-in-law, the Dark Young Man, who plots to protect his position in the family by destroying the young lovers. The startling outcome made The Dark Young Man a runaway bestseller when it was first published in 1877.

Originally written in Yiddish and translated for the first time in English by Tina Lunson, Jacob Dinezon's The Dark Young Man delves deeply into the personalities and politics of Jewish middle-class urban society, and describes in vivid detail the growing opposition to arranged marriages, the disparities between rich and poor, and the effects of assimilation and modernity on traditional Jewish life--all wrapped up in a realistic Jewish romance.

Will Yosef and Roza's love prevail or will the Dark Young Man be triumphant? Jacob Dinezon's The Dark Young Man possesses all the intrigue and excitement of an Alexandre Dumas novel while providing a startling fictional account of mid-nineteenth-century Jewish life, culture, and religion.