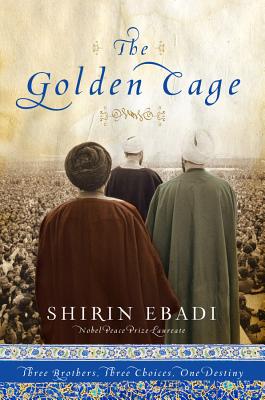 "If you do not have the power to overthrow the rule of oppression, inform others of the oppression."—Persian proverb

For over fifty years the Shah Pahlavi dynasty ruled Iran until Ayatollah Khomeini's 1979 Islamic Revolution seized power and began its own reign of tyranny. The questions about the revolution shape The Golden Cage while the answers shed light on Islamic Iran's current events and tell us why it strives for nuclear energy, chants "Death to Israel," and claims to be the most powerful force in the Middle East and Muslim world.

History perhaps is best described through life stories we each can hold dearly. The Golden Cage is one such story about three brothers the author knew through their sister, Pari, a childhood friend. Each brother subscribes to a different political ideology that tears Iran and their lives apart. As Pari observes, her brothers live deluded lives in golden cages of ideology. These words mark the beginning of this story, illuminating the multifaceted, oppressive Iran of today and years past.

Shirin Ebadi, a worldwide advocate for human rights, is the first Iranian and first Muslim woman to be awarded the Nobel Peace Prize (2003). Her book Iran Awakening has been translated into forty languages.