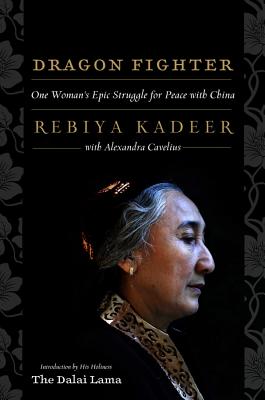 One Woman's Epic Struggle for Peace With China

Rebiya Kadeer, Alexandra Cavelius (Contributions by), His Holiness The Dalai Lama (Introduction by)

Along the ancient Silk Road where Europe, Asia, and Russia converge stands the four-thousand-year-old homeland of a peaceful people, the Uyghurs. Their culture is filled with music, dance, family, and love of tradition passed down by storytelling through the ages.


For millennia, they have survived clashes in the shadow of China, Russia, and Central Asia. Rebiya Kadeer’s courage, intellect, morality, and sacrifice give hope to the nearly eleven million Uyghurs worldwide on whose behalf she speaks as an indomitable world leader for the freedom of her people and the sovereignty of her nation.

Her life story is one of legends: as a refugee child, as a poor housewife, as a multimillionaire, as a high official in China’s National People’s Congress, as a political prisoner in solitary confinement for two of nearly six years in jail, and now as a political dissident living in Washington, DC, exiled from her own land.

Praise For Dragon Fighter: One Woman's Epic Struggle for Peace With China…

A defiant political tell-all...Kadeer writes perceptively about the many humiliations imposed by Beijing on the Uighurs...We are constantly reminded of the author’s qualities: she is chaste, smart, beautiful, clever, strong, indomitable, selfless, moral, wise, and fearless—especially fearless...This remarkable life is now added to the saga of the Uighur people.
— The New York Times

This memoir of singular bravery in a little-known corner of the Chinese Republic is a compelling testament to the human struggle for freedom, told with gravitas, warmth, and hard-won wisdom.
— Publishers Weekly

Rebiya Kadeer is the president of the World Uyghur Congress and the Uyghur American Association. She is devoted to the principles of nonviolence. Recognized as an unofficial head of state, she regularly meets with world leaders.
Loading...
or
Not Currently Available for Direct Purchase