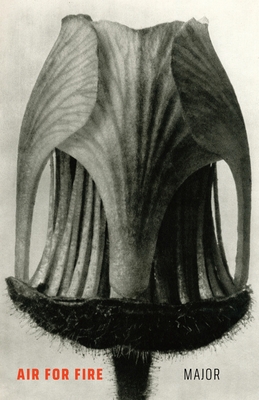 This is a collection of nine short stories by David Major, author of The Day of the Nefilim.

While the Nefilim was a meandering trip through some of the world's great conspiracy theories, Air for Fire is a collection of short tales that happen in every timeline but this one. Shameless historical revisionism and a chronic disregard for physics mean there is something here for steampunks, mythpunks, clockpunks, and all lovers of history, true or otherwise.

"Cardinal Synesius," - I have been asked more than once, in so many words - "you were close to the pagan Hypatia, one of her students - what really happened? And how is it that you have become a Cardinal?"

There was once a girl - excuse me, a young woman, you decide - who on account of having no excuse at all for an episode of bad behaviour, bad language, and bad attitude, was sent to her room. Not straight to her room, which is to say, without dinner, because none of the behaviour, language, or attitude were irredeemably atrocious or outrageous - but the whole package, considered together, was of the type about which grown-ups eventually, and quite rightfully, come to the conclusion that they have just had enough.

I have been told that we have been building this tower for thousands of years. I have no direct experience; no reason to believe this - nor to doubt it - but it is what I have heard, and I can see a little way into the waters that keep rising, lapping below our feet as we keep building, board after board, nail after nail.

Under a tree on a hill, from the top of which is visible everything that is about to concern us, gather two shades, both recently departed from the world. One is, or was, French, and is, or was, a Soldier of the Line, his uniform torn and dirty in a manner that leaves us little doubt as to the unenviable nature of his demise.

The One a Dog Runs To

Ceba has been taken. I shall describe how and by whom presently, but first, you should understand that there is one male for whom her skin is the dark musk honey scent of all women; for whom her eyes are the eyes of every goddess, every female bodhisattva, dakini, temple whore, all these things at once; her touch is the sum of everything, all become one, the universe into one experience, all from the recollection of a touch, of skin barely brushed against skin.

All That the Thunderer

He can just make it out. There are wisps of light forming in the sky above him. He can see the spreading clouds of doubt and confusion that the Norwegians have left in their wake overnight.

Reader, there was a time when the world was covered, in all its length and breadth (and the world is flat; you can trust your senses), by a great dome of ice. The dome was not spherical; it was elliptical, or squashed, if you preference is for ungeometrical talk.

Once upon a time, there were two people. If you know anything at all about them, then that is enough for you to know the beginning, the end, and everything of our story. And if that were the case, we would just as well end this right here.

The Serpent and the Horse

In Lake Tritonis there are two islands. They are Phla and Mene, and they are set like a pair of jewels on the water, exquisite and many-faceted on the pale skirt of the great wide surface of the lake. They are jewels, in a field of blue and green.