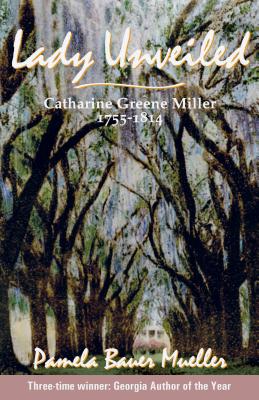 During a compelling life that took her from Rhode Island to Cumberland Island, GA, Kitty Greene broke the bondage of tradition.  Married to the legendary General Nathanael Greene, this controversial, independent woman charmed and inspired living icons: Benjamin Franklin, George and Martha Washington, Henry and Lucy Knox, “Mad” Anthony Wayne and others through the tumultuous times surrounding the Revolutionary War.Faced with challenges that would unnerve a less resourceful woman, Kitty made a name for herself.  A churning mass of contradictions—beautiful, elegant and intelligent—she also made meaningful contributions to ongoing political discussions led by her husband and his friends.  Drawn to the company of men at social gatherings, Kitty was slandered for bending the rules of propriety.  Yet this enabled her to be instrumental in the development of the age’s most remarkable invention, the cotton gin.  Because of the limitations of her era, she took no credit, giving Eli Whitney all rights of invention.  Founding Mother Catharine Greene Miller's irrepressible spirit and influence altered the history of America.

Pamela Mueller is an expert at portraying strong, challenging and well-researched characters.  She delivers magnificently with Kitty Greene—one of our own." — Thomas Casey Greene, Great-great-great-great nephew of Nathanael Greene