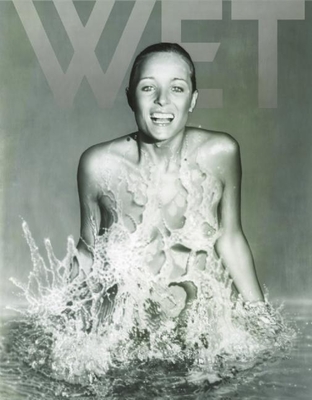 The Magazine of Gourmet Bathing

WET: The Magazine of Gourmet Bathing was one of the seminal avant-garde publications of the 1970s and early 1980s. It had a quirky, prescient editorial sensibility and was a paradigm-shifting venue for graphic design experimentation. WET was a precursor to, and exemplar for, later publications such as Beach Culture, Ray Gun, and the like. Talents such as Matt Groening (The Simpsons) and others published their first work here. This book tells the story of the making of WET from its early formation in the Venice Beach creative milieu to its emergence on the international pop-culture scene. This book includes an extended commentary on the process of making WET, along with images and reprints from the magazine. No mere retrospective, this book offers instructive advice for anyone embarking on a journey of artistic entrepreneurship.

Leonard Koren trained as an artist and architect. He was the founder and publisher of WET: The Magazine of Gourmet Bathing. Koren writes and consults about design- and aesthetic-related issues. Among his previous books are Wabi-Sabi: for Artists, Designers, Poets & Philosophers and Which Aesthetics Do You Mean? Ten Definitions.

Was the founder, publisher, and creative director of WET, the Magazine of Gourmet Bathing.
Loading...
or support indie stores by buying on