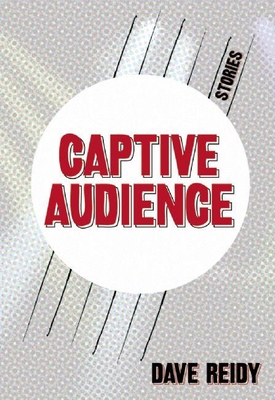 "Captive Audience is wonderful. These stories--understated, honest and always touching--limn the many small perils that await a young man today on his way to settling in the world. This is an immensely rewarding book."--Scott Turow

"Dave Reidy's stories remind us that even when we're composing our Song of Everyone Else, we're creating a distinctive Song of Ourselves, and continually gathering others into us, in a way that Walt Whitman would recognize, and celebrate."--Jim Shepard

"Dave Reidy's matchless reports from the heart of twenty-first century America, a landscape of technological obsession and performance anxiety (in many forms), are elegant, precise, cool, and funny. Here is a young writer from whom we can expect much in the future."--David Leavitt

Francis Ford Coppola, REM, and Abe Vigoda are just a few of the many characters who populate the world of Captive Audience, Dave Reidy's paean to the highs, lows, and everything in-between of being a performer. From the opening story, the award-winning "The Regular," where two lonely music fans bond over a most unusual kind of karaoke, to the final tale, Dancing Man about an organ player who gets his big break in the most unexpected way with the band REM, this bittersweet and humorous collection gives voice to those who are driven to perform, no matter the size of the audience.

Dave Reidy received his MFA in Creative Writing from the University of Florida. His fiction has appeared in Pindeldyboz, The MacGuffin and in The Frostproof Review. In 2007, Charles D'Ambrosio named the lead story of Captive Audience, entitled The Regular, the winner of the Emerging Writers Network Short Story Competition.
Loading...
or support indie stores by buying on