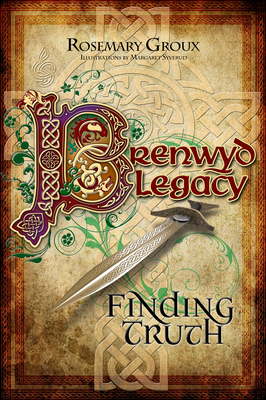 Cassie Pennington always knew she was different. But her keen senses, high intelligence, and ability to talk to animals are easier to hide than the pointed ears that she develops on her tenth birthday. She learns that she is descended from a special group of people who are as much in danger as they are gifted – the Brenwyds. Her father, a history professor specializing in the time of King Arthur, recognizes the strength of Cassie’s gifts and the potential for her destiny – both of which put Cassie at risk. So, he begins to train her to protect herself from Brenwyd enemies. But no amount of training can prepare Cassie for the adventure that she is thrown into when a mysterious organization kidnaps her parents – though their greater mission, spurred by an ancient prophecy, was to capture Cassie herself. Narrowly evading them, she sets out for Glastonbury, England on a quest to rescue her parents – with the help of her two best friends, a suspicious new acquaintance named William, and Cassie’s beloved entourage of horses and other animals. Along the way she begins to discover hidden truths about her own identity, as William makes some discoveries of his own about the meaning of grace and the God he thought he knew. Finding Truth is the first book in the Brenwyd Legacy, an epic trilogy about the role of believers in the unseen battle between good and evil.

Rosemary Groux is a talented young author with a passion for reading, riding, history and all things King Arthur. She began writing the Brenwyd Legacy trilogy at the age of 14, and finished drafting its third book two years later. She has a heart for animal welfare and has written for Horse Country Saddlery and The Highland Herald. She desires to inspire faith through her writing, and lives with her family on a horse farm in Broad Run, VA. Meg Syverud is a freelance illustrator/graphic/web designer. She was born in Cincinnati, but grew up in the shadows of the Blue Ridge Mountains in Virginia. In 2010, she graduated from James Madison University with a Bachelor of Fine Arts (BFA), Graphic Design.