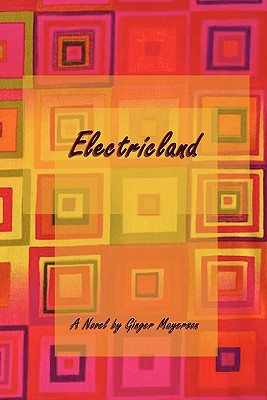 Set in late 2008, "Electricland" satirically describes a large scale terrorist operation that goes wrong and the damage control put into effect in Los Angeles. The terrorist cell of seven brilliant middle aged women, known as the Seven Sirens, use hackers and gamers in the massively multiplayer online role-playing game online game called "Electricland" to wreak havoc in and terrorize secure networks. The hackers and gamers think they're playing a game while they're really being played by the Seven Sirens. Until one of the hackers gets cocky and all hell breaks loose.

Ginger Mayerson lives in Los Angeles, California. She's published in the Coe Review, Roux Magazine, The Velvet Mafia, and The Journal of the Image Warehouse. Originally trained as a composer, she now writes novels, poetry, essays, reviews, interviews, makes collages, and edits the Journal of the Lincoln Heights Literary Society and publishes books and magazines at the Wapshott Press (www.WapshottPress.com) in her spare time. You can find more information about "Electricland" at www.Electricland.WapshottPress.com.
Loading...
or support indie stores by buying on