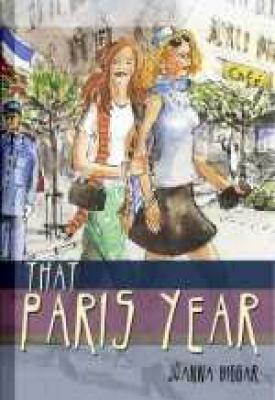 In That Paris Year, five smart, adventurous young women arrive on the banks of the Seine in 1962 for their junior year abroad. What they get is an education of a different sort. As they move from the grueling demands of the Sorbonne by day to late nights of discovery in smoky cafes, the young Americans discover a mythical country shaped not only by the upheavals of history, but by the great French writers of the 20th Century, a place where seduction is intellectual as well as sexual. Ten years later, our narrator, J. J., is asked to speak at her old college on the virtues of going abroad. Drawing on the emotionally charged tools of memory and imagination, as well as old journals, letters, and telegrams, she chronicles and re-creates the story of that momentous year. Following in the footsteps of Marcel Proust, Joanna Biggar has written a novel in which intellect, eroticism, and art reverberate from the page to the heartbeat of the City of Light, an American book with the sweep and elegance of French literary tradition.

Praise For That Paris Year…

"That Paris Year tells the story of six women who arrive in France expecting some fun . . . what they find is more than they ever expected. . . . Theirs is a journey of art, eroticism, and everything else that makes up life. . . . An inspirational read, very highly recommended." —www.MidwestBookReview.com (September 2011)

Joanna Biggar is a writer, journalist, and teacher who has published fiction, poetry, personal and travel essays and hundreds of feature articles for newspapers and magazines. She has traveled solo in the most remote corners of China, chaired a school boarding Ghana, worked as a journalist in Washington, DC, and taught school kids in Oakland, California, where she lives. A member of the Society of Women Geographers, the author’s special places of the heart remain France and the California coast.
Loading...
or
Not Currently Available for Direct Purchase