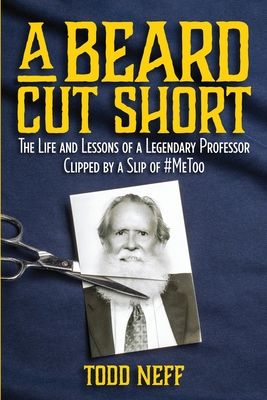 John Rubadeau's long, white beard; homeless-guy wardrobe; and penchant for dirty jokes belied his lofty status as one of the most popular professors ever at the University of Michigan. He taught writing in Ann Arbor for more than 30 years. The cover of his course pack read: "Grammar: the difference between knowing your shit and knowing you're shit."

In "A Beard Cut Short: The life and lessons of a legendary professor clipped by a slip of #MeToo," a former student tells the crazy, touching, inspiring, and often funny life story of an eccentric, influential professor. John caught dogs in Wisconsin, sold insurance in Indiana, raised pigs in Tennessee, counseled soldiers in Germany, and had his apartment bugged by the Romanian secret police. He lost a young wife and two baby boys. He was born poor and stayed that way most of his life. But, on his own terms, he met with extraordinary success.

"A Beard Cut Short" also shares John's key lessons on writing, teaching, and life - lessons that have inspired generations of students to watch out for comma splices and follow their dreams. The story is capped by an investigation of an unjust firing that's a case study in how the misappropriation of #MeToo, a vital social movement, can hurt both the unfairly accused and the movement itself.