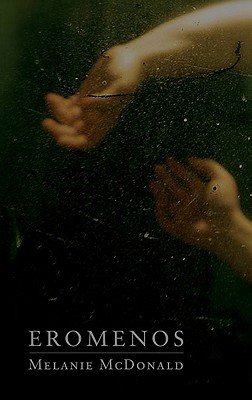 Eros and Thanatos converge in the story of a glorious youth, an untimely death, and an imperial love affair that gives rise to the last pagan god of antiquity. In this coming-of-age novel set in the second century AD, Antinous of Bithynia, a Greek youth from Asia Minor, recounts his seven-year affair with Hadrian, fourteenth emperor of Rome. In a partnership more intimate than Hadrian's sanctioned political marriage to Sabina, Antinous captivates the most powerful ruler on earth both in life and after death.

This version of the affair between the emperor and his beloved ephebe vindicates the youth scorned by early Christian church fathers as a "shameless and scandalous boy" and "sordid and loathsome instrument of his master's lust." EROMENOS envisions the personal history of the young man who achieved apotheosis as a pagan god of antiquity, whose cult of worship lasted for hundreds of years far longer than the cult of the emperor Hadrian.

In EROMENOS, the young man Antinous, whose beautiful image still may be found in works of art in museums around the world, finds a voice of his own at last.