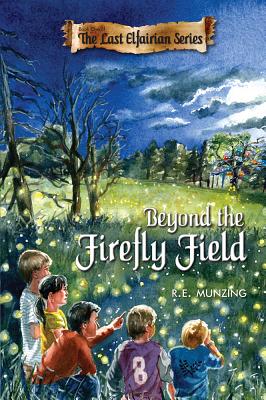 Beyond the Firefly Field

By the time he was fourteen, Clayton Curtis realized his whole life would be boring.

Living in a middle-of-nowhere piece of the country would have been boring enough, but it was also the land that time forgot. Due to inherit the family home passed down through many generations, Clayton felt doomed to a life in the stone age. Then everything changed when a new subdivision was built a mile from his house.

With scrap wood, he and his friends built a large tree house complex. From high in the tree, they saw a glowing faraway field one night and were determined to find out what it was. What they discovered there was beyond epically wonderful, and the boys knew it must be kept a secret. They quickly became obsessed with going to see it often, even though being there was changing them and herding them toward a decision they didn't want to make.

They would soon either have to be willing to do whatever was necessary to keep the secret or never go there again.

R.E. (Bob) Munzing spent his childhood in Michigan, roaming the woods and building tree houses. His teen years were spent reading hundreds of science fiction books, frequently in those same tree houses. After a successful thirty-five-year engineeriong career that included designing machines to build cars, trucks, tanks, jet turbines, robots, and an atom-smashing particle accelerator, Bob finally returned to his first love---books. He actively began writing and drew his inspiration from the books he read as a kid. Thus, The Last Elfarian was born, His epic story has now turned into a series and will eventually span four books, the first of which is "Beyond the Firefly Field."