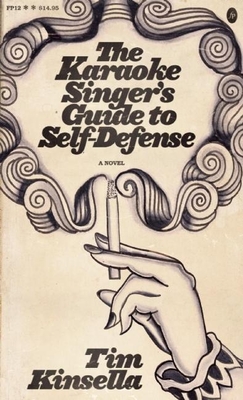 The Karaoke Singer's Guide to Self-Defense

Reunited for a funeral and leery of one another, a family compares splintered memories. Will bathes his grandmother. Mel gives her wig a haircut. Norman is not prepared to take over his father's club. Jesse has never known how old he is. They each cope with limited options and murky desires. An irreducible collage, as intuitive as it is formal, The Karaoke Singer's Guide to Self-Defense drifts between story lines and perspectives. Long bus rides through a post-industrial Gothic Midwest, Classic Rock, and compulsive brawls hum a requiem for the late night life of Stone Claw Grove.

Praise For The Karaoke Singer's Guide to Self-Defense…

"Tim Kinsella has succeeded where others have failed: in disarming the full fury of his detractors with nothing more than a smirk, his neo-absurdist temperament and the obvious fun with which he goes about his business." Pitchfork

"[The band] was a purposeful mess, onstage and off. Tim Kinsella’s scraped singing is still a rush, even though his naïve delivery has given way to wryness." The New York Times