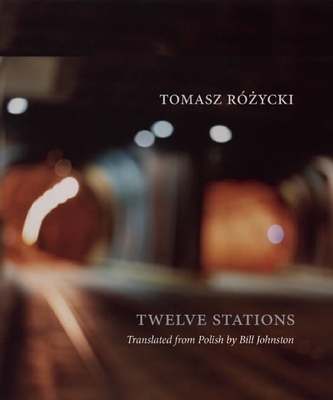 Although the past is a constant theme in R zycki's work, the present erupts with no less urgency . . . he witnesses the ant-like unimportance of human beings viewed from a cosmic perspective.--Helen Vendler, Harvard University

The hero of the mock poem, Grandson, leaves his hometown of Opole, in the western Polish region of Silesia, to organize a family reunion in the Ukraine where his family had lived before World War II--before being forcibly resettled along with many thousands of other Poles. In this, his sixth book, Tomasz R zycki talks back, both to history and to important literary predecessors such as Czeslaw Milosz and Adam Mickiewicz, in language that is as playful as it is masterful. Twelve Stations is a masterful work of contemporary world poetry by one of its most outstanding practitioners.

In 2004 Twelve Stations won the prestigious Koscielski Foundation Prize and was named best Book of the Spring 2004 by the Raczynski Library in Poznan and its translator Bill Johnston received the 2008 Found in Translation Award.

Tomasz R zycki also has received the Krzysztof Kamiel Baczynski Prize (1997), the Czas Kultury Prize (1997), The Rainer Maria Rilke Award (1998), and the Joseph Brodskie Prize from Zeszyty Literackie (2006), and has been nominated twice for Poland's most prestigious literary award, the NIKE Prize (2005 and 2007).