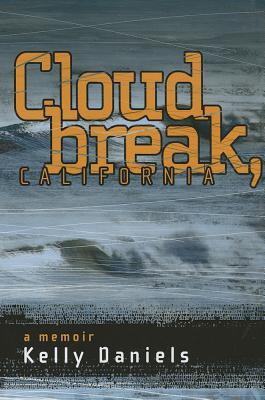 Literary Nonfiction. Memoir. One day during his ninth-grade Speech class Kelly Daniels's outlaw, soul-surfer father appears at school unannounced and pulls the boy from class. Speeding down the freeway, Daniels's father admits that he has been involved in a crime, but he does not remember how it happened. He'd been up for days on cocaine and booze, he explains, and the next thing he knew he woke up in jail with a bad feeling. It was almost a relief when the guard told him he'd killed his cousin Barkley, a drug kingpin of sorts. "I'm sorry to lay this on you," he tells the stunned boy, "but I'm not going to be around to watch your back. Barkley has a son your age...and this kid might come after you someday. You're going to have to learn to look after yourself." A few days later, the father skips bail and flees the country. "Forget about him," everybody says. But the boy doesn't forget. Someday, he believes, they'll find each other, the fugitive father and the dreamy son, and together they'll surf perfect, faraway waves.

"Daniels more or less raised himself, as the son of Christian cultists fallen on hard times in the California desert in the 1970s.... H]e writes about those years of poverty and lost wandering with a nuanced objectivity that is wise as only very good writers can be wise: He draws beauty out of humiliation and fear with the precision and evocative power of his language and the relentlessness of his gaze." Jaimy Gordon

"In his work] you'll encounter a writer of dynamic prose, of expertly modulated sentences, and pitch perfect, often hilarious dialogue; a writer with a haunting sense of atmosphere, and considerable narrative invention." Stuart Dybek.