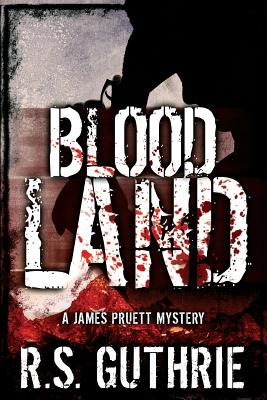 Crime's an ugly constant in the big city. L.A. Chicago. New York. But when a savage murder brutalizes a small town and neighbor turns on neighbor, a tough-as-nails cop is essential to restoring order. Blood Land is a gritty, emotional saga set in the Wyoming badlands with both greed and vengeance at its core. When billions of dollars in natural gas rights hang in the balance and the town's top law officer's wife is slain by her own blood, a reluctant hero is forced to battle his own demons and ultimately choose between justice, revenge, and duty. In the tradition of Dennis Lehane, Tony Hillerman and James Lee Burke, Guthrie's sparse, haunting storytelling compliments his talent for creating richly-drawn, unflinching law officers with human frailties and a sense of justice.

R.S. Guthrie grew up in Iowa and Wyoming. He has been writing fiction, essays, short stories, and lyrics since college. "Black Beast: A Clan of MacAulay Novel" marked Guthrie's first major release and it heralded the first in a series of Detective Bobby Macaulay (Bobby Mac) books. The second in the series (Lost) hit the Kindle shelves December of 2011. Guthrie's "Blood Land" is the first in the Sheriff James Pruett Mystery/Thriller series and represents a project that is close to his heart: it is set in a fictional town in the same county where he spent much of his childhood and still visits. Guthrie lives in Colorado with his wife, Amy, three young Australian Shepherds, and a Chihuahua who thinks she is a 40-pound Aussie! Readers can catch up with what's new with R.S. Guthrie at his official site, http: //www.rsguthrie.com, or discussions related to writing at his blog, Rob on Writing (http: //robonwriting.com).
Loading...
or support indie stores by buying on