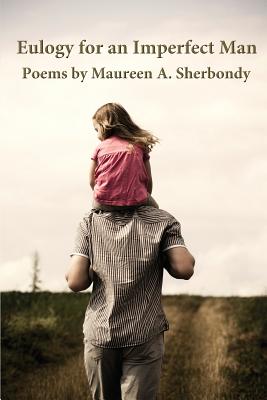 Eulogy for an Imperfect Man

"How do you bury the dead / when the ground won't allow it?" asks Maureen Sherbondy in Eulogy for an Imperfect Man. Here the dead are as unsettled as the living. They inhabit dreams and memories. They cling to the undersides of skirt hems. They flap in bats' wings and take form as red Camaros, fireworks, and valentines. Even the nursing home dead still rock in empty porch chairs. These are poems as restless as the ghosts that pass from page to page, and they'll haunt you long after you leave the last line. Sherbondy's stark images are as true as her unflinching examination of our struggle to put the dead to rest and let our pasts be past. -Barbara Presnell, author of Piece Work In her moving latest collection, Maureen Sherbondy stands before the greatest mystery and marshals a lifetime of craft to take up the noblest and most ambitious of duties for a poet: to remember the dead, whose scattered limbs, like the pieces Orpheus, continue to sing to the living. In the course of undertaking "the needful," her work recovers the consolation that art has always held: that our words are our bond and that they bind us paradoxically by their music to that chaos and old time, which was our first soil, before it became the way to elegy. -David Rigsbee, author of The Red Tower Maureen Sherbondy is the kind of writer who grabs her figurative baseball bat and confronts her demons, head-on. Then-lucky for us-she takes up her pen and tells readers all about it. Eulogy for an Imperfect Man tackles subjects like death, loss, and dysfunctional families in the sort of visceral way that not only lets us know how brave this poet is, but how good she is at her craft. -Terri Kirby Erickson, author of In the Palms of Angels and Telling Tales of Dusk.

Maureen A. Sherbondy's poems have appeared in numerous publications, including Calyx, Feminist Studies, European Judaism, 13th Moon, Comstock Review, Cairn, Crucible, The Roanoke Review, and the News & Observer (Raleigh). Her poems have won first place in The Deane Ritch Lomax Poetry Prize, The Lyricist Statewide Poetry Contest, The Carrie McCray Poetry Award, and The Hart Crane Memorial Poetry Award. Maureen's fiction has won The Piccolo Spoleto Fiction Open. A short story was selected as a runner-up in The William Faulkner-William Wisdom Creative Writing Contest. Main Street Rag Publishing Company published her first book, After the Fairy Tale, (a collection of poetry) in 2007. Praying at Coffee Shops was published in 2008. Her short story collection The Slow Vanishing was released in 2009. Weary Blues was published by Big Table Publishing in 2010. Maureen lives in Raleigh, NC with her three sons. She has a BA degree from Rutgers University and recently completed her MFA at Queens University of Charlotte. She teaches workshops on publishing and creative writing at various venues. Visit her website at www.maureensherbondy.com.
Loading...
or support indie stores by buying on