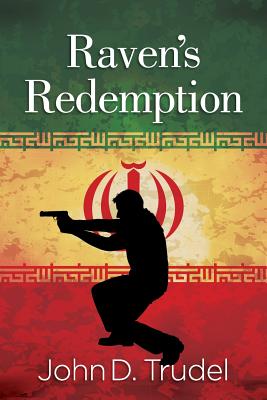 About the Author John D Trudel has authored two nonfiction books and five Thriller novels: God's House, Privacy Wars, Soft Target, Raven's Run, and Raven's Redemption. He graduated from Georgia Tech and Kansas State, had a long career in high-technology, wrote columns for several national magazines, and lives in Oregon and Arizona. http: //www.johntrudel.com/ As an inventor and an instrument rated multiengine pilot, he has long loved aviation and technology. John had a pilot's license before he had a driver's license. He built and flew his own radio-controlled aircraft before they were called "drones" and programmed computers before PCs existed. His popular "Freedom Writers" blog was selected by a Radio Host as one of the "top 8 in the Northwest." It has a mix of information about both real world events and novels. http: //blog.johntrudel.com John's first four novels all won National awards. Two were finalists for the prestigious Eric Hoffer award. Privacy Wars predicted the NSA and IRS scandals, winning three Awards in the process and gleaning many media interviews. Details, links, interviews, and video trailers are posted on John's website. The first chapters of his novels are there too, free. Dr. Jerry Pournelle, the world famous SF writer and Star Wars scientist, described Raven's Run as a "Thriller on the bleeding edge of reality." If you like John's books, the most helpful thing you can do is to recommend them to your friends and post a review on Amazon. THANK YOU.
Loading...
or support indie stores by buying on