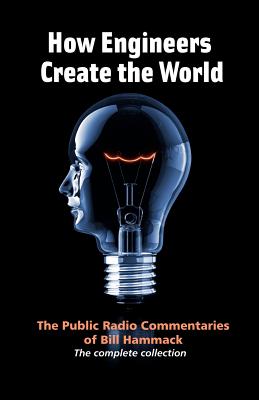 How engineers create the world

In over 200 delightful short essays Bill captures the creativity and impact of engineers. He talks of their spectacular achievements - jets, satellites, skyscrapers, and fiber optics - but draws his deepest insights from the everyday, the quotidian. He finds beauty, elegance and meaning in Ferris wheels, Tupperware, Slinkys, mood rings, waterless urinals and Velcro. Delivered originally on public radio between 1999 and 2006, each essay is a small slice of the world created by engineers. The essays also illuminate and inform about the important topics of our day by showing how intertwined engineering and technology are with terrorism, security, intellectual property and our cultural legacy.

Make magazine called Bill a "brilliant science-and-technology documentarian", whose "videos should be held up as models of how to present complex technical information visually." Wired called them "dazzling." His work has been recognized by an extraordinarily broad range of scientific, engineering, and journalistic professional societies. From journalists he has won the trifecta of the top science and engineering journalism awards: The National Association of Science Writer's coveted Science in Society Award; the American Chemical Society's Grady-Stack Medal, and the American Institute of Physics' Science Writing Award-all typically given to journalists. From his engineering peers he's been recognized with the asme's Church Medal, ieee's Distinguished Literary Contributions Award, asee's President's Medal, and the aiche's Service to Society Award. He is a Professor of Chemical & Biomolecular Engineering at the University of Illinois - Urbana.
Loading...
or support indie stores by buying on