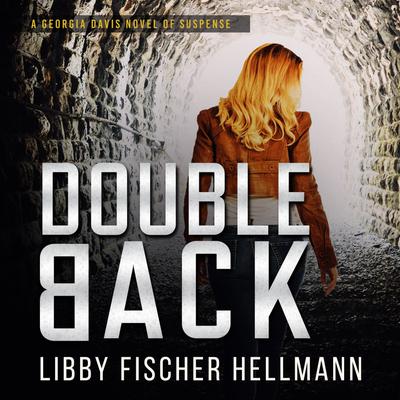 Little Molly Messenger is kidnapped on a sunny June morning. Three days later she's returned, apparently unharmed. Molly's mother, Chris, is so grateful to have her daughter back that she's willing to overlook the odd circumstances. A few days later, the brakes go out on Chris's car. An accident? Maybe. Except that it turns out that Chris, the IT manager at a large Chicago bank, may have misappropriated three million dollars. Not convinced that his daughter is safe, Molly's father hires Private Investigator Georgia Davis to follow the money and investigate Chris's death. Doubleback, the sequel to the acclaimed Easy Innocence, reunites PI Georgia Davis with video producer Ellie Foreman. The two women track leads from Northern Wisconsin to an Arizona border town, where illegal immigrants, smuggled drugs, and an independent contractor called Delton Security come into play. Georgia and Ellie go to great lengths to find the truth, and Georgia discovers that you can cross a line, but sometimes you have to double back.

Hellmann’s new book is one tough cookie. She has combined her two protagonists into a strong and moving novel. Hellmann proves she can stand up to peer pressure. Dick Adler, January Magazine The Rap Sheet

Libby Hellmann knows how to reel in a reader, and she does it expertly in Doubleback. One of the tensest opening scenes ever written is just the introduction to a true puzzler of a thriller. Tess Gerritsen, NYT Bestselling author of The Keepsake