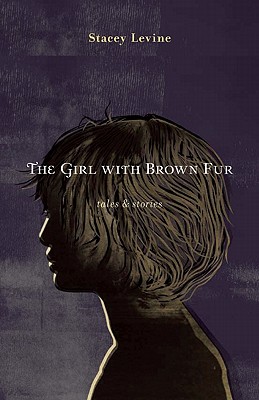 The Girl with Brown Fur

Amid alarming depictions of domestic misery and perversion, strange metamorphoses, and imperiled nature, as well as the occasional triumphant escape or alliance, Levine declares the death of myth and anticipates the collapse of civilization. But for now, she subtly acknowledges that however deluded, poisoned, and impaired we may be, we will continue to tell and cherish tales and stories as we struggle against lies, brutality, and alienation.--Donna Seamen, Bookforum

The inhabitants of Stacey Levine's stories attempt each of these things and more, with no more success than people who have extramarital affairs or people who buy sports cars. Thankfully, Levine's stories have a refreshing lack of respect for reality.--The Believer

Levine's crisp stories similarly find excitement and transformation as they chase down their fantastical plots. The Girl with Brown Fur won't be everyone's cup of tea, but the adventurous will enjoy following Levine's breadcrumb trails, even if that means getting a little bit lost.--A.N. Devers, Time Out New York

In her first short fiction collection since My Horse and Other Stories, Stacey Levine gives us twenty-eight new, feral, untamable stories, in myriad modes, from laugh-out-loud funny, to Kafka-nightmarish, to lyrical, elegiac, and philosophical.

Stacey Levine is the author of My Horse and Other Stories (PEN/West Fiction Award, 1994) and the novels Dra-- and Frances Johnson (finalist, Washington State Book Award, 2005).

Stacey Levine: Stacey Levine is the author of My Horse and Other Stories (PEN/West Fiction Award, 1994) and the novels Dra-- and Frances Johnson (finalist, Washington State Book Award, 2005). A Puschcart Prize nominee, her fiction has appeared in the Denver Quarterly, Fence, Tin House, The Fairy Tale Review, The Washington Review, the Santa Monica Review, Yeti, and other venues. She has also contributed to the American Book Review, Bookforum, The Seattle Post-Intelligencer, Fodor's City Guides, The Stranger, The Chicago Reader, and other publications.
Loading...
or
Not Currently Available for Direct Purchase