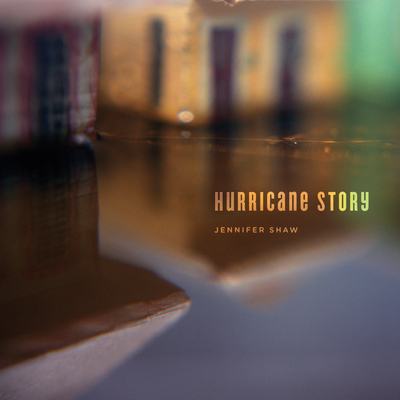 Like a mournful fairytale, Jennifer Shaw's beautifully staged tableaux are alternately sweet and menacing, filled with emotion but never spilling over into sentimentality. The poetic marriage of words and photos makes Hurricane Story a children's book for grown-ups." --Josh Neufeld, creator of A.D.: New Orleans After the Deluge Even if you think you've seen it all where Katrina's concerned, trust me, you're going to love Shaw's marvelous memoir.--The Times-Picayune This is the kind of book that reminds you that books can be beautiful objects. --The Los Angeles Times Hurricane Story is a tabletop, toy box Odyssey. With simple objects, trenchant statements, and exquisite camera vision, Shaw relates an epic tale of displacement, creation and discovery. -- George Slade, curator, Photographic Resource Center, Boston An engaging variation on a near mythic theme.--Gambit Weekly Hurricane Story is a spellbinding odyssey of exile, birth and return told in forty-six photographs and simple, understated prose. This first-person narrative told through dreamlike images of toys and dolls chronicles one couple's evacuation from New Orleans ahead of the broken levees, the birth of their first child on the day that Katrina made landfall, and their eventual return to the city as a family. Shaw's photographs, at turns humorous and haunting, contrast deftly with the prose. This clothbound hardcover edition includes an introduction by Rob Walker, author of Letters From New Orleans and former "Consumed" columnist for The New York Times Magazine.

Jennifer Shaw grew up in Milwaukee, studied photography at RISD, and then moved to New Orleans in pursuit of the artist's life. She teaches the disappearing art of darkroom photography at the Louise S. McGehee School and works as a fine art photographer. She was a founding officer and board member of the New Orleans Photo Alliance and directs their annual PhotoNOLA festival, in addition to chasing after two young sons. Jennifer's photographs have been published in B&W Magazine, Shots, Light Leaks Magazine, The Oxford American, The Sun and The New Orleans Review. Her work is exhibited internationally and held in public collections, including the New Orleans Museum of Art, the Ogden Museum of Southern Art, and the Houston Museum of Fine Arts. Shaw has also been featured in Plastic Cameras: Toying With Creativity (Focal Press, 2010) and Before During After (UNO Press, 2010).
Loading...
or support indie stores by buying on