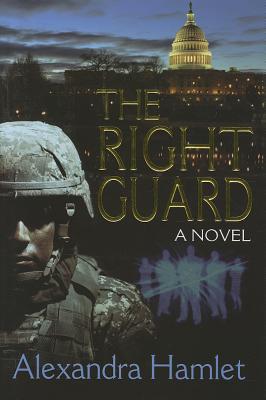 CIA operator, Eric Brent, and his revolutionary light weapon invention is used by the CIA to flush out a secretive, phantom military/civilian group hostile to a free-spending, overreaching US government. Recovering from gunshot wounds, his final assignment goes astray when Eric exposes a far-reaching and well-planned American military takeover that is within days of unfolding within the United States. A small secret core within the CIA discovers an alarming and surprising mix of industrialists, businessmen, and government officials who are immersed and leading the movement. Personal and professional conflicts for Eric arise as he gathers evidence and information and reaches back in his high-ranking father's Nazi Germany past to solicit help. The final few minutes occur in the Oval Office as Right Guard US senators approach the president and the takeover unfolds. The year is 1978, yet The Right Guard eerily depicts the present state of the political and economic climate of the US and a possible, alarming scenario and outcome.

Alexandra Hamlet is a Harvard-trained cultural anthropologist, an international lecturer and a defense anthropologist. She is a former television host, producer, and journalist, and an international consultant on cultural affairs and international business. She was an auxiliary nurse in London, England; international lecturer and consultant specializing in the Far East and Pacific Rim; Special Student and Visiting Fellow, Harvard University; an executive search specialist for world-wide C-suite positions; and is a consultant on irregular warfare. This is her first novel.
Loading...
or
Not Currently Available for Direct Purchase