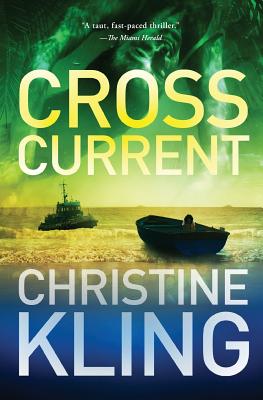 Seychelle's life takes a turn when her tug intercepts a swamped fishing boat in the Gulf Stream. Inside the boat is a little girl in a bloodied white dress. When Seychelle returns to shore with the traumatized Haitian girl, she is faced with the border patrol, the police, and an unraveling love affair. Determined to protect the child, and somehow keep her from being sent back to Haiti, Seychelle becomes obsessed with the forces that nearly killed the girl-and left her speechless with terror. All Seychelle knows for sure is that the girl's father was an American . . . and that somehow she slipped through a murderer's hands. With a murderer stalking the child, Seychelle is racing to unravel dangerous truths. But to get the answers she needs, she must return to the waters of the Gulf Stream, where people died for a hope and prayer- and a man with a machete did the work of the devil himself. Taut, suspenseful, and filled with remarkable descriptions of Florida's many moods and guises-from million-dollar waterfront homes to haunted, backwater mangrove swamps and secret Voodoo rituals-Cross Current is alive with personalities and passion and the work of an author boldly staking out territory all her own.