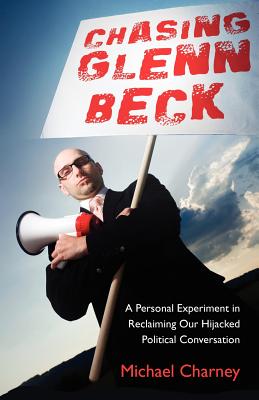 A Personal Experiment in Reclaiming Our Hijacked Political Conversation

Not all that long ago, Glenn Beck went on the air and suggested that if we hadn't collectively done such a poor job of following the Ten Commandments, then perhaps our angry and vengeful God wouldn't have slaughtered the innocents in Japan, where a recent tsunami had devastated large stretches of seacoast. "There's a message being sent," he told us while his radio sidekicks laughed. Many found his comments offensive. The Twitterverse was awash with commentary on Beck's commentary, and Michael Charney wanted his voice heard, too. An unusual experiment began, it's goal to convince people that Beck wasn't what he seemed to be at all, but was, instead, just an actor playing a part.... A Twitter persona emerged--@BeckIsALib--and began to launch odd little ideas into the virtual world: Glenn Beck is an actor. Glenn Beck believes in global warming. Glenn Beck cares about animals and the environment. And, most importantly: Glenn Beck--and others like him--are not us. If we continue to let the loudest voices define us then we risk no less than the loss of our truest visions for democracy: equality, fairness through compromise and the right to be heard-and represented.

Michael Charney lives in New Hampshire with his wife, Renee, and his dogs, Zoe and Kayda. He enjoys a bit of surrealism now and then, and counts among his friends several people who can quote extensive passages from Monty Python and the Holy Grail, The Hitchhiker's Guide to the Galaxy, and Red Dwarf. A graduate of the University of California, Berkeley, he has managed to become a Republican anyway. He continues to write and converse with others on politics, political dialogue, and political marketing at his website, www.chasingglennbeck.com.
Loading...
or support indie stores by buying on