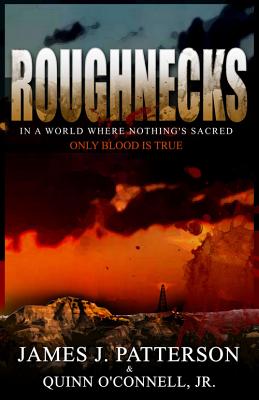 To his fellow crewmembers on rig number 34 of the Bomac Drilling Company, 27-year-old newcomer Zachary Harper is a mystery. To Marty, the derrick hand, he’s a welcome working body. To Freddy, the chainhand, he’s just another newcomer like himself trying to break out in the oil patch. To Jesse Lancaster, the driller, he’s a “worm”—a risk, taken out of necessity, who just might make it as a roughneck. We join Zachary Harper the day after he has left the East Coast, for reasons yet unknown, and the day before he discovers the stark reality that a clean slate is just that—a cold, empty space where the self struggles with the soul. A tale of trial, risk, sacrifice, and self-discovery, Roughnecks takes its place in the tradition of American literary quest fiction. Is Zachary Harper an Ishmael or a Sal Paradise? A Jay Gatsby or a Huck Finn? Whoever he might be, he seeks self-knowledge, awareness, and authenticity.

“With this group of colorful characters, readers can become immersed in Patterson and O’Connell’s detail about oil-drilling work.” —Foreword Reviews

James J. Patterson is the author of the essay collection, Bermuda Shorts. He was a member of the political folk duo, the Pheromones, and has managed other bands, musicians, and actors through his company, Baker Street Limited. He adapted the complete Sherlock Holmes short stories as radio plays for the CBC; founded, published, and written for SportsFan Magazine; and produced a scholarly monograph on the work of Henry Miller. He lives in Bethesda, Maryland. Quinn O’Connell Jr. is a lawyer. Some of the adventures in Roughnecks are based on his own experiences working on the oil rigs of North Dakota. He lives in Washington, DC.