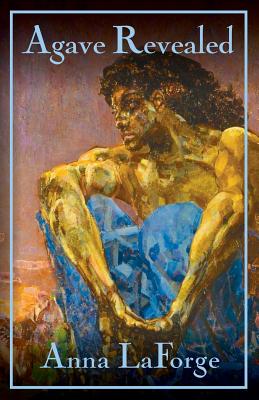 In two young strangers at the heart of Pelion's Maze lies the key to the rebirth of Agave, the city of slaves.

A half-millennium after the last survivors of a dying Earth land on a pristine planet provided by the mysterious Sowers with the promise of a possible leap in human evolution, the Eighteenth Mother, leader of the enlightened city of Pelion, finds herself at a crossroads. Though the long, slow process of Transformation is proceeding, a critical imbalance has emerged that threatens the success of the Sower's promise.

From the surrounding lands, the candidates still come--some sent by Pelion's Searchers after careful, covert evaluation, some driven by their own burning desire for the Gift--but far too few are women. If the Gift of Transformation cannot be shared equally among all the planet's peoples, the promise of the Sowers will fail, and with it, perhaps humanity itself.

The Eighteenth Mother's greatest dread is her visionary knowledge that to achieve the Transformation of the entire world, she must look across the desert wastes to the slave city of Agave. Long has Pelion escaped Agave's notice, but seeds of a plot planted years before are beginning to blossom. A key figure in that plan, Lillas, a pampered princess of Agave, is about to flee and seek refuge in Pelion...and the Maze.

While there--joined with the healer Reddin, one of Pelion's own, both seeking the elusive Gift of Transformation-the city will face a test it has so far avoided in its long history: war, a conflict that threatens to rip Lillas from the heart of the Maze and return her to the mercies of Agave's savage new ruler. The Eighteenth Mother knows that Agave must be reborn in order to ensure the Sower's promise can be kept. The hidden key to that rebirth lies within Reddin and Lillas, but only if they can find it in time...

Agave Revealed. The powerful second volume of the Maze series.