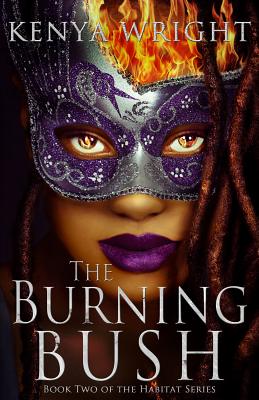 Set in a caged habitat, where supernatural beings have been trapped by humans, the dark fantasy Habitat series follows Lanore as she solves mysteries while struggling for equality in the face of prejudice among supernaturals.After Dante Bottelli's slaughter of Vamp-owned Mixbreeds, Lanore and Zulu execute a well-planned attack that hits Dante where it hurts the most his pockets. But their attack triggers a chain of unfortunate events and allows Detective Rivera to blackmail Lanore, forcing her to investigate his case: the Burning Bush Murders. Someone has been tying girls to bushes and setting them on fire. Lanore must find the killer or Rivera goes public with his information while Dante won t take his defeat without a fight. He counterattacks and the Santeria habitat, as well as Lanore's and Zulu's lives, will be changed forever.

Kenya Wright is the author of Fire Baptized and Incubus Hunter. She lives in Cutler Bay, Florida.
Loading...
or
Not Currently Available for Direct Purchase