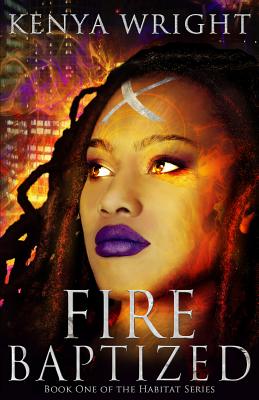 Set in a caged habitat, where supernatural beings have been trapped by humans, the dark fantasy Habitat series follows Lanore as she solves mysteries while struggling for equality in the face of prejudice among supernaturals.Since the 1970s humans have forced supernaturals to live in caged cities. Silver brands embedded in their foreheads identify them by species: a full moon for Vampires, a crescent moon for Shifters, a pair of wings for Fairies each supernatural species has been tagged and categorized by humans. Lanore Vesta is marked with a silver X, the brand of Mixbreeds; shunned by society. She stays to herself, revealing her ability to create fire only during emergencies. All she wants to do is graduate college and stop having to steal to survive. But when she stumbles upon a murder in progress, she catches the attention of a supernatural killer. Now all she wants is to stop finding dead bodies in her apartment. Enlisting help from her Were-cheetah ex-boyfriend Meshack and a new mysterious friend named Zulu, she is steered through the habitat's raunchy nightlife. But their presence sometimes proves to be more burden than help as they fight for her attention. While the corpses pile up, and the scent of blood fills the air, Lanore is left wondering: will she find the psycho or die trying?

Kenya Wright is the author of Burning Bush and Incubus Hunter. She lives in Cutler Bay, Florida.
Loading...
or
Not Currently Available for Direct Purchase