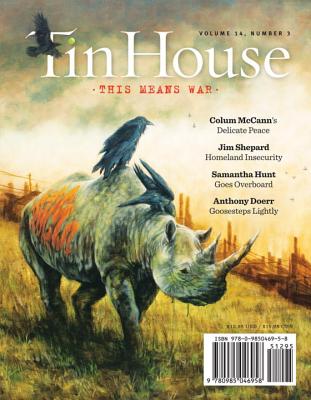 Tin House is an award-winning literary magazine that publishes new writers as well as more established voices; essays as well as fiction, poetry, and interviews.

Holly MacArthur lives in Portland, OR.

Rob Spillman is editor of Tin House magazine and executive editor of Tin House Books. He was previously the monthly book columnist for Details magazine and is a contributor of book reviews and essays to Salon and Bookforum. He has written for the Baltimore Sun, the Boston Review, British GQ, Connoisseur, Details, Nerve, the New York Times Book Review, Premiere, Rolling Stone, Spin, Sports Illustrated, SPY, Vanity Fair, Vogue, and Worth, among other magazines, newspapers, and online magazines. He has also worked for Random House, Vanity Fair, and the New Yorker.
Loading...
or
Not Currently Available for Direct Purchase