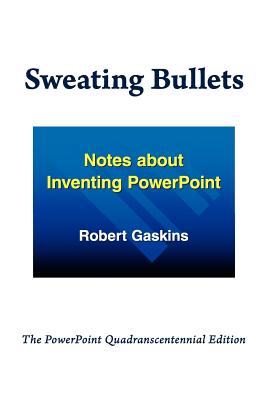 PowerPoint was the first presentation software designed for Macintosh and Windows, received the first venture capital investment ever made by Apple, and then became the first significant acquisition ever made by Microsoft, who set up a new Graphics Business Unit in Silicon Valley to develop it further. Now, twenty-five years later, PowerPoint is installed on over one billion computers worldwide.

In this book, Robert Gaskins (who invented the idea, managed its design and development, and then headed the new Microsoft group) tells the story of its first years, recounting the perils and disasters narrowly evaded as a startup, dissecting the complexities of being the first distant development group in Microsoft, and explaining decisions and insights that enabled PowerPoint to become a lasting success well beyond its original business uses.

Robert Gaskins invented PowerPoint, managed its design and development as a startup for three years, and then headed the new Microsoft PowerPoint business unit in Silicon Valley for another five years. He has written this book to commemorate the twenty-fifth anniversary of PowerPoint.
Loading...
or support indie stores by buying on