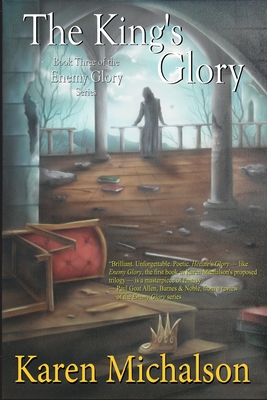 The evil cleric Llewelyn returns to the world without knowing how much time has passed during his makeshift trial in the North Country. His goddess, Hecate, condemns him for his recent attempt to save elvish art, the source of the world's beauty, by sacrificing himself. She tortures him as a warning against violating his evil alignment and tells him he must destroy his one-time friend and ally, King Walworth, and his adopted homeland, Threle. He must also force his former wizard master, Mirand, who is deeply aligned to good, to embrace evil. This is because Walworth and Mirand greatly damaged the world by tearing the fabric of the universe when Mirand used magic to change Threle's defeat to victory during the recent war. If he fails, Llewelyn will suffer eternal torture when he dies.

Success won't be easy. Everybody he's ever had contact with--including other evil clerics--have reasons to kill him, so he needs to avoid the world while risking all to justify the world. That is, to justify the world in the sense of making it right, as the gods willed it to be, before Mirand took it upon himself to magically change history.

Unwillingly aligned to evil, facing eternal torture should he violate his mandate, he must set the world right by destroying everything he ever loved.