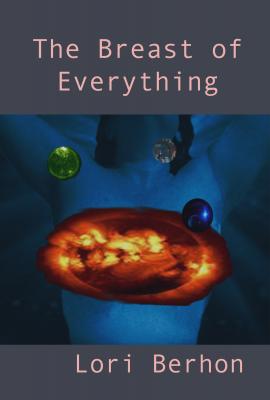 The Breast of Everything

The Revelation won't be televised. It's one thing to say that you hold God in your heart. But what if the body part in question were a little more conspicuous? And what if it started to talk back? Ordinary New Yorker Susan Roth checks into the Memorial Sloan-Kettering Cancer Center for a routine lumpectomy, and checks out with a new bosom buddy. Mam, as her suddenly articulate gland asks to be called, is a miracle, but that doesn't make her the answer to everyone's prayers. Her very existence flies in the face of the more insistent established religions and you can't even show Her on basic cable. But something like this won't be kept under wraps forever. Mam goes viral and, once She does, nothing will ever be the same, not for Susan and not for any of the thousands who listen to what She says and learn to question themselves first of all.

Novelist, playwright and sometime actor Lori Berhon lives in her home town of New York City where, technically, she makes her living writing. Over the years, she has had many interesting discussions with members of various major and not-as-major religions and did, at one point, work for a lingerie manufacturer. She is actually taller, slimmer and far more elegant than she appears to be.
Loading...
or support indie stores by buying on