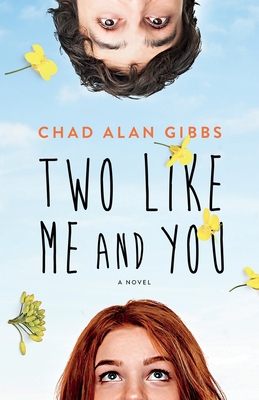 Called, "both intimate and epic, " by Kirkus Reviews in a starred review, Two Like Me and You by Chad Alan Gibbs is a coming of age teen adventure full of romance and laugh out loud humor. Fans of John Green's Paper Towns and Looking for Alaska and Robyn Schneider's The Beginning of Everything will find what they're looking for in this debut young adult novel.

Edwin Green's ex-girlfriend is famous. We're talking cover-of-every-tabloid-in-the-grocery-store-line famous. She dumped Edwin one year ago on what he refers to as Black Saturday, and in hopes of winning her back, he's spent the last twelve months trying to become famous himself. It hasn't gone well.

But when a history class assignment pairs Edwin with Parker Haddaway, the mysterious new girl at school, she introduces him to Garland Lenox, the nursing-home-bound World War II veteran who will change Edwin's life forever.

The three escape to France, in search of the old man's long-lost love, and as word of their hilarious adventure spreads, they become media darlings. But when things fall apart, they also become the focus of French authorities. In a race against time, who will find love, and who will only find more heartache?