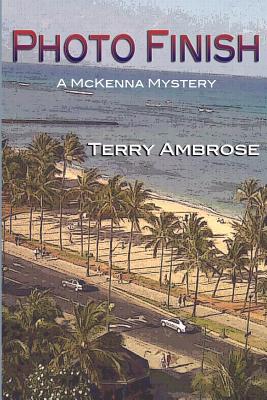 Wilson McKenna's newest tenant is hot, gives great hugs, and just saw a dead body being thrown from a plane. McKenna's not one to get involved in other people's problems, especially those of a woman half his age, but before he knows it he's volunteered to find the plane and its owner-and found more trouble than he's ever seen in his life. He's uncovered an island drug ring, pissed off a sociopath, and set himself up as the victim in a beautiful woman's con that could cost him his life. If only trouble didn't have such great legs.

Terry Ambrose started out skip tracing and collecting money from deadbeats and quickly learned that liars come from all walks of life. He never actually stole a car, but sometimes hired big guys with tow trucks and a penchant for working in the dark when "negotiations" failed. A resident of Southern California, he loves spending time in Hawaii, especially on the Garden Island of Kauai, where he invents lies for others to read. His years of chasing deadbeats taught him many valuable life lessons including-always keep your car in the garage.
Loading...
or
Not Currently Available for Direct Purchase