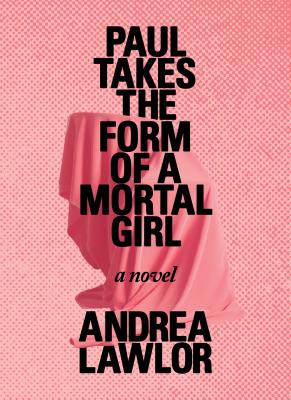 Paul Takes the Form of a Mortal Girl

Fiction. LGBTQIA Studies. Women's Studies. It's 1993 and Paul Polydoris tends bar at the only gay club in a university town thrumming with politics and partying. He studies queer theory, has a dyke best friend, makes zines, and is a fl neur with a rich dating life. But Paul's also got a secret: he's a shapeshifter. Oscillating wildly from Riot Grrrl to leather cub, Women's Studies major to trade, Paul transforms his body at will in a series of adventures that take him from Iowa City to Boystown to Provincetown and finally to San Francisco--a journey through the deep queer archives of struggle and pleasure.

Andrea Lawlor's debut novel offers a speculative history of early '90s identity politics during the heyday of ACT UP and Queer Nation. PAUL TAKES THE FORM OF A MORTAL GIRL is a riotous, razor-sharp bildungsroman whose hero/ine wends his way through a world gutted by loss, pulsing with music, and opening into an array of intimacy and connections.

"I love this book, in all its ecstasy, wit, and hilarity. I laughed out loud in recognition and appreciation of Lawlor's spot-on portrait of an era, scene, and soundtrack, the novel's particular sluice of pleasures, fluids, and feelings. The liberatory rush of Lawlor's writing is as rare as it is contagious, not to mention HOT. Paul is on fire, and an antihero for the ages."--Maggie Nelson

"Fast-paced and cheeky, full of intellectual riffs, of observations so sharp they feel like gossip, PAUL TAKES THE FORM OF A MORTAL GIRL is a touchingly sweet-hearted and deeply cool book. Andrea Lawlor has written a magic story, showing us the real magic of our world in the process. If you like your humor supersmart and your theory full of camp and irony and heart, you won't be able to put this book down."--Michelle Tea

"I am such a fan. Andrea Lawlor's prose is restless, muscular and playful and uncannily able to zero in on the cultural details that make the world Paul is traveling through shimmer and pucker with truth. Stealth too. Lawlor is either a good 'liver' or a good liar. They know. PAUL TAKES THE FORM OF A MORTAL GIRL Lawlor takes the ancient trope of 'the changeling' and makes it be me, you. Paul's such a funny book that studies how studied we are especially when we go out. Who do we seek and who or what is seeking? It's a tight satisfying masterpiece which I am very glad to hand you if you happen to love sex, clothes, literature which now includes the apparitional blessing of a new elastic genre (which Paul initiates) that seamlessly makes both what's out there and in here less lonely, less fixed and less fake. This book updates the present. In Andrea Lawlor's fiction the dream walks, and I watch. Paul's got flickering feet like Mercury."--Eileen Myles.