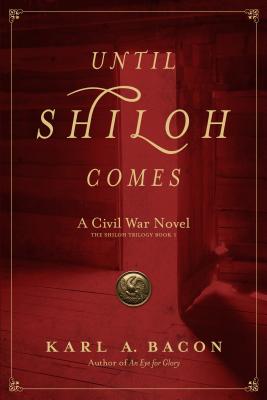 By Karl a. Bacon

In the bloody Battle of Shiloh two boys are struck down. Only one will survive. One boy is Stanley Mitchell, a Yankee, shot and his leg broken. The other is Aaron Matthews, a Confederate, mortally wounded, the son of a local Christian family. When Aaron's mother, Davina, comes in search of her son, she finds Stanley instead, who tells her where Aaron is--on the condition that she take Stanley back to her farm and nurse him back to health. Davina's older children are outraged at Stanley's presence in their home, but no one could have anticipated the results of his presence among them: * The kindling of romance between Stanley and Davina's teenaged daughter, Anna * The challenge Stanley's presence brings to Davina's relationship with the Jacksons, her family of slaves * The uncontrollable enmity with which Davina's son Luke regards Stanley * The warmth that develops between Stanley and Davina herself Until Shiloh Comes, the first novel in the Shiloh Trilogy, is a story of love--love between Stanley and Anna, and love among the members of the two families on the farm, one white, one black. It is a story of personal choices and their consequences. And it's the story of the fight to save Stanley from the grief-fueled anger of Southerners who would rather kill a Yankee than allow him to live among them. Once you have begun to read Until Shiloh Comes, you won't be able to put it down.

Karl's first book, An Eye for Glory: The Civil War Chronicles of a Citizen Soldier (Zondervan, 2011), received a number of accolades including PW's "Top Inspirational Fiction Pick," a Christy Award Finalist designation, and 4.7 out of five stars on Amazon. Karl grew up in the picturesque town of Woodbury, Connecticut. From youth Karl has been a serious student of the Civil War. His first book took ten years from conception to completion. Thousands of hours were spent researching every detail through copious reading, Internet research and personal visits to each battlefield. He was committed to making the novel as historically accurate and believable as possible. Karl lives in Naugatuck, Connecticut with his wife of thirty-three years, Jackie.
or
Buy Here
Copyright © 2020 American Booksellers Association