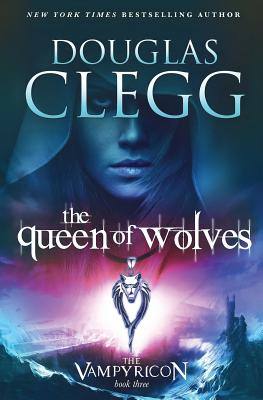 The Queen of Wolves (Vampyricon #3)

A war of dark and dangerous magic burns across the mortal earth. From New York Times bestselling author Douglas Clegg comes the third book in the epic dark fantasy saga, The Vampyricon. In a world of gods and monsters, love and betrayal, handmaidens of Death, terrifying and beautiful vampyres, shapeshifting wolf women, shadow priests, epic battles, and magnificent underworld kingdoms, The Vampyricon concludes with a titanic battle fought between the Queen of Wolves and Aleric, Falconer, the priest-king of the race of vampyres.

"Astonishing. Douglas Clegg writes of...nightmares with such clarity and passion you don't end up reading his books; you end up drinking them in. The Priest of Blood is a bloody gem." Christopher Rice, New York Times bestselling author of The Vines and Heaven's Rise.

"If you like Game of Thrones and vampires, you're going to love The Vampyricon." - Robert Swartwood, USA Today bestselling author of The Serial Killer's Wife and New Avalon.

"Douglas Clegg has accomplished a rarity in the horror vein...This book will sink its teeth into you" -- The Kansas City Star

Douglas Clegg is the award-winning author of more than 30 books, including Neverland, Purity, The Nightmare Chronicles, and The Hour Before Dark. He is married and lives near the coast of New England.
Loading...
or support indie stores by buying on