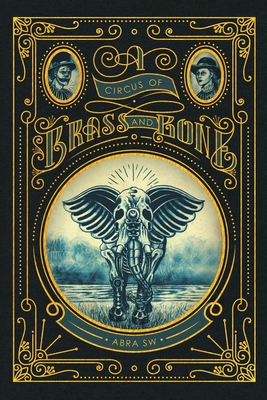 A Circus of Brass and Bone

It's the end of civilization, but the show must go on.The Loyale Traveling Circus and Menagerie is in turmoil. During their ocean voyage from British India to Boston, someone murdered their ringmaster. The killer must be one of their own. Unfortunately, that is the least of their problems. While they were at sea, an aetheric calamity sent a wave of death rolling across the world. In post-Civil War America, a third of the population died outright, and many of the survivors suffer strange nervous symptoms that are steadily increasing in severity. Basic technology is also rendered dangerously unstable by the disaster. The circus members find themselves traveling through the collapse of civilization. In such desperate times, what use is a circus?If they can defend themselves against the starving populace, if they can outwit and outperform the political factions that have seized power, if they can fight off the ravening monstrosities born of the aether storm . . . they just might find the answer.

Abra SW spent several years living abroad in India and Africa before marrying a mad scientist and settling down to live and write in Minneapolis. She specializes in dark science fiction, cheerful horror, and modern fairy tales. Writing as Abra Staffin-Wiebe, she has had short stories appear at publications including Tor.com and Odyssey Magazine. Discover more of her fiction at her website, http: //www.aswiebe.com
Loading...
or support indie stores by buying on