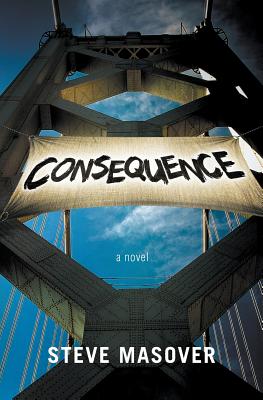 San Francisco activist Christopher Kalman has little to show for years spent organizing non-violent marches, speak-outs, blockades, and shutdowns for social and environmental justice. When a shadowy eco-saboteur proposes an attack on genetically engineered agriculture, Christopher is ripe to be drawn into a more dangerous game. His certainty that humankind stands on the brink of ecological ruin drives Christopher to reckless acts and rash alliances, pitting grave personal risk against conscientious passion.

A thirty-something, underemployed layout artist, Christopher lives in a ramshackle activist collective-the Triangle-named for its Duboce Triangle neighborhood in the heart of San Francisco. Christopher and his chosen family are determined to carry on the good fight; yet the raging war in Iraq, begun in the face of peaceful protests by millions across the globe, has shaken the Triangle's faith in the value of nonviolent dissent.

Chagall, an eco-saboteur practiced in the art of demolition, partners with an anonymous hacker who proposes an online media blitz he can detonate "at thermonuclear scale" to augment Chagall's brick-and-mortar spectacle. Chagall invites Christopher into their developing plot to deal genetically-engineered Frankenfood a serious blow. Assured that no one will be hurt, and lured by the promise of a vast audience, Christopher contemplates writing the mother of all political manifestos.

Allison Rayle leads the Triangle's preparations to blockade the Bay Bridge on the opening day of an international biotech meeting, to protest the environmental risks of releasing genetically modified organisms into the wild. Their aim: to hang a massive banner from the bridge's westernmost tower at the peak of rush hour.

When the Triangle collides with Chagall's plot to destroy a midwestern research lab, the fallout threatens everything and everyone Christopher has ever loved.

“I couldn’t put Consequence down! Masover … asks thorny, essential questions about personal responsibility and the role of violence in movements for social change.”
– Sam Green, Academy Award-nominated director of The Weather Underground

“Consequence is a great read, full of building tension and excitement … Masover writes about conflicts central to the human situation.”
– Starhawk, author of The Spiral Dance and The Fifth Sacred Thing