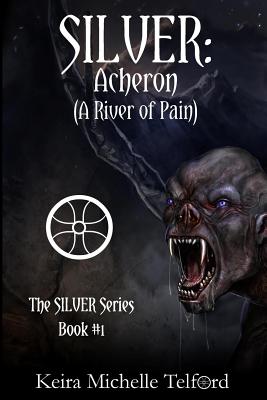 Acheron (A River of Pain)

2342 CE Dishonorably discharged from the Hunter Division and banished for crimes she did not commit, Silver struggles to come to terms with her new prison-like surroundings: a segregated area of the city called the Fringe District, populated by murderers, thieves and rapists. Starving, and desperate for money, she reluctantly accepts the Police Division's invitation to enroll in a covert Bounty Hunter program: an initiative devised to infiltrate the criminal underworld of the Fringers, and to force the very worst warrant dodging law-breakers to meet their fate-death. Unfortunately, Silver doesn't realize that the Police Division is about to up the ante. They need more than little snippets of information and arrests-they need someone to pull the trigger. They need an executioner. --------------------------------- SILVER: Acheron is the first book (a 40,000 word novella) in a 10-book series featuring the character of Ella 'Silver' Cross. Set more than 300yrs in the future, the Silver Series takes place in a post-apocalyptic, dystopian world where humans are a species on the brink of extinction. No longer at the top of the food chain, humans are preyed upon by the Chimera-genetic mutants that outnumber humankind 25:1. And Silver is a Hunter-the best in the city. She'll risk her life in the pursuit of a human resurgence on Earth. The question is: will you join her? JOIN THE FIGHT.

Keira Michelle (1983-) was born and raised in the UK. She moved to Canada in 2006, and there she still resides in her west-coast townhouse with a husband and 9 guinea pigs. She is the author of a 10-book series of post-apocalyptic dystopian science fiction novels, all centering on the lead character of Ella 'Silver' Cross. In series order: SILVER: Acheron (A River of Pain) SILVER: The Lost & Damned SILVER: Entropy SILVER: A New Age Dawns SILVER: Bedlam SILVER: Inamorato SILVER: Invidia SILVER: Distant Waters SILVER: Deep In Earth SILVER: Eden Echo
Loading...
or
Not Currently Available for Direct Purchase