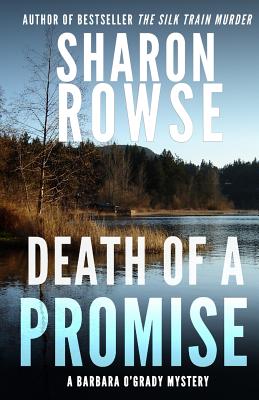 Death of a Promise

Sharon Rowse has always loved reading, in every genre and every format. In the absence of a good book-which doesn't happen often now that we have e-books-she's been known to read the back of the cereal boxes. Fulfilling a lifelong dream, Sharon is now writing two mystery series-the Barbara O'Grady novels and the Klondike Era novels. Death of a Promise is the third Barbara O'Grady book. Both series are primarily set in Vancouver, where Sharon lives and works. Her debut book, the bestselling The Silk Train Murder was an Arthur Ellis nominee for Best First Novel. For upcoming releases, visit her website at: www.sharonrowse.com The Series: The Barbara O'Grady series DEATH OF A SECRET DEATH OF A THREAT DEATH OF A PROMISE DEATH OF A SHADOW The Klondike Era historical series, set in 1899-1900: THE SILK TRAIN MURDER THE LOST MINE MURDERS THE MISSING HEIR MURDERS
or
Not Currently Available for Direct Purchase