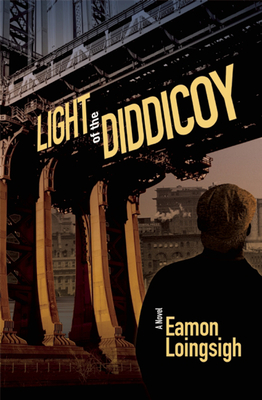 Light of the Diddicoy is the riveting and immersive saga of Irish gangs on the Brooklyn waterfront in the early part of the 20th century, told through the eyes of young newcomer Liam Garrity. Forced at age 14 to travel alone to America after money grew scarce in Ireland, Garrity stumbles directly into the hard-knock streets of the Irish-run waterfront and falls in with a Bridge District gang called the White Hand. Through a series of increasingly tense and brutal scenes, he has no choice but to use any means necessary to survive and carve out his place in a no-holds-barred community living outside the law. The book is the first of Irish-American author Eamon Loingsigh's Auld Irishtown trilogy, which delves into the stories and lore of the gangs and families growing up in this under-documented area of Brooklyn's Irish underworld.

Praise For Light of the Diddicoy…

"Eamon Loingsigh's book LIGHT OF THE DIDDICOY is an amazing series of literary leaps from terra firma into the stratosphere above. The writing embraces you, and his description of the savagery visited on poor people is offset by the humor and love of the traditional Irish community. Yes there is laughter here too and it is a grand read, leaving any reader fully sated. Don't leave the store without this book." Malachy McCourt, author, A Monk Swimming, Malachy McCourt's History of Ireland

"Eamon Loingsigh is a poet with a pickaxe-and a scalpel attached to the working end. In LIGHT OF THE DIDDICOY, he depicts the Brooklyn Waterfront of the late Nineteenth and early Twentieth centuries, and the Irish who controlled it, with hammer-blow prose and spare dialogue. Unsparing in his account of the prevailing violence he is eloquent in laying out the reasons why. Eamon Loingsigh, the meticulous historian, paints a rich picture. Mr. Loingsigh, the novelist, tells it like it was. And brilliantly so. LIGHT OF THE DIDDICOY is a great read." Alphie McCourt author of A Long Stone's Throw and Heartscald

"This book unearths and brings to life a long-lost world of hard men and women struggling to get ahead in an America not yet fully formed. Gangsters and dock wallopers along the Brooklyn waterfront intermingle with dirty cops, labor rabble rousers and the unwashed masses of an Irish immigrant class bursting with pluck and vitality LIGHT OF THE DIDDICOY is written with tremendous flavor and panache, and within its pages is a profound understanding that history is most present when revealed through the lives of characters in a story well told. Historical fiction at its best." T.J. English, author of Paddy Whacked and The Westies

Novelist and poet Eamon Loingsigh's family emigrated from Ireland in the late 19th century, and his grandfather and great-grandfather ran a longshoreman's saloon on Hudson Street in Manhattan from 1906 to the late 1970s. The author of numerous articles on Irish American history, as well as the novella An Affair of Concoctions and the poetry collection Love and Maladies, he lives in St. Petersburg, FL.
Loading...
or support indie stores by buying on