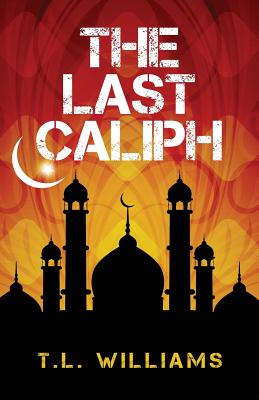 is a novel that delves into the threat foreign extremists pose to U.S. national security. Harnessing technology to recruit domestic jihadists bent on ripping the very fiber of the country apart, ISIS is on a mission to destroy the United States. America's intelligence agencies, military and law enforcement are at the forefront of an intense effort to preserve and protect what all hold dear: life, liberty, and the pursuit of happiness.

CIA Operations Officer, Logan Alexander, has returned to Washington, D.C. following a successful assignment to Hong Kong where he thwarted a Chinese cyberattack against the U.S., however, his homecoming is bittersweet. Professionally his star is on the rise, but his personal life is in tatters. His wife, Zahir, suffered a miscarriage earlier in the year at the hands of Chinese State Security officers. While in D.C. Logan meets with CIA's Director of Operations, determined to leave the Agency to spend more time with his family. His boss persuades him to take a one-year leave of absence to which Logan reluctantly agrees. He subsequently travels to Boston to re-open his maritime consulting business, while Zahir remains in Virginia with their five-year-old son; tormented over her miscarriage, and blaming Logan she asks for a separation.

While in Boston Logan has a surprise visit from a friend, Nayef Al-Subaie. Years earlier the duo collaborated on an operation to destroy an Iranian terrorist camp after Nayef's nephew was killed there in a training exercise, and an Al Qaeda IED team trained by the Iranians killed Logan's brother serving as an army Ranger in Iraq. At this meeting, Nayef tells Logan Islamic State is attempting to radicalize Zahir's brother, Ali. Logan contacts a friend in the Boston Police Department who confirms his worst fears; ISIS is recruiting Americans through internet campaigns. Logan reaches out to Ali and convinces him to abandon his radical agenda, and then persuades Ali to introduce him to ISIS as a disaffected former Navy SEAL, a choice target for recruitment. Logan contacts the CIA to garner their support for this budding operation against ISIS. They assemble a Special Forces unit and help Logan establish an alias platform in the person of Tim Hudson, a former Navy SEAL who now operates his own security consulting business in the Boston area.

Logan establishes contact with ISIS in his alias persona and is soon approached by Azar Ghabel, an undercover Iranian Qods Force agent tapped to meet him and assess his suitability for recruitment. Unbeknownst to Azar, Logan was responsible for her husband's death in the aforementioned attack on the Iranian terrorist training camp five years prior. She accepts his cover story and travels with him to Syria to broker an introduction to ISIS. During an overnight stay in Istanbul, Azar seduces Logan. He is guilt ridden because, despite their separation, he still loves his wife, Zahir.

Logan's goal is to penetrate the Caliphate, however the road to Aleppo is a long one, and danger lurks at every turn.