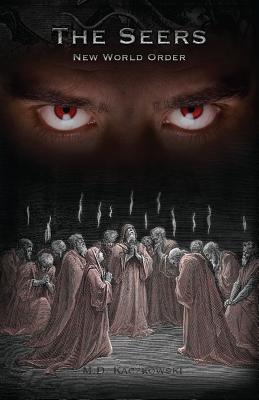 Welcome to a new world where science and spirituality are not separate, but coexist on opposite ends of the same spectrum. Creator M. D. Kaczkowski sheds light on the unseen laws of the universe with a fantastical, page-turning thriller. The Seers introduces a world where good battles evil for the world's soul. The fate of humanity rests in the hands of the Seers, a handful of humans with the rare ability to see the unseen, who call their Angels into action to do battle with Demons. This captivating, fast-paced story blends two classic genres: part apocalypse and part detective story. Through the characters' lives, readers are introduced to the prophets of humanity, known as the Seers. Between chapters, Dr. John Alderson, a well-traveled Seer-physician, shares his inside knowledge and encourages readers to delve deeper by guiding them to sections in The Seers' Handbook, which makes up the final third of the book. Welcome to the universe of The Seers. Your journey has only just begun.

M. D. Kaczkowski is founder of The Center for Alloplastic Facial Reconstruction in Little Rock, Arkansas, where he serves as president and lead practitioner, designing and fitting ocular and facial prosthetic reconstructions. He is also an artist and medical inventor, with many of his technologies in use by hundreds of patients worldwide. The seeds of his debut novel and fictional platform developed from his work in the science and medical fields. Fascinated with his studies of theology, physics, philosophy, and ancient civilizations, as a young man he embarked on a personal spiritual quest driven by a hard-wired obsession to harmonize the demystifying discoveries of science with the enlightened virtues of religion. His journey continues today with much of his findings reflected within the rich metaphor and symbolism of The Seers.
or
Not Currently Available for Direct Purchase
Copyright © 2020 American Booksellers Association