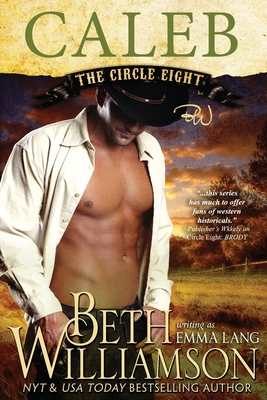 A Texas Ranger, a lady blacksmith, a fierce passion, a dangerous game.Caleb Graham has spent the last four years in too many dangerous situations to count. As a Texas Ranger, he knows no fear, or at least he never shows it. When he's sent to force a blacksmith off government seized property, he runs face to face into the woman who will change his life.Aurora Foster grew up on the very land the obnoxious Ranger is trying to throw her off of. Her parents and her husband died for it and there is no chance she would leave without a fight. A lady blacksmith might be an anomaly but she has the strength of the steel she forges and the courage to fight for what she believes is right.When Aurora is inadvertently injured by Caleb, he seeks medical help from a neighboring ranch. The sprawling hacienda is full of the finer things in life and the one person Caleb never expected to see again... his youngest brother Benjamin. Forced to flee from a man who has kept the boy captive, the trio become traveling companions in a deadly game where no one wins.Life turns upside down and sideways for Caleb and Aurora, caught in a game neither of them expected while they desperately try to save the boy who was lost to his family. Pursued and hunted, the three of them ride for the Circle Eight ranch. The unlikely pair of rescuers fight their attraction and for their lives.

Beth Williamson, who also writes as Emma Lang, is an award-winning, bestselling author of both historical and contemporary romances. Her books range from sensual to scorching hot. She is a Career Achievement Award Nominee in Erotic Romance by Romantic Times Magazine, in both 2009 and 2010. Beth has always been a dreamer, never able to escape her imagination. It led her to the craft of writing romance novels. She's passionate about purple, books, and her family. She has a weakness for shoes and purses, as well as bookstores. Her path in life has taken several right turns, but she's been with the man of her dreams for more than 20 years. Beth works full-time and writes romance novels evening, weekends, early mornings and whenever there is a break in the madness. She is compassionate, funny, a bit reserved at times, tenacious and a little quirky. Her cowboys and western romances speak of a bygone era, bringing her readers to an age where men were honest, hard and packing heat. For a change of pace, she also dives into some smokin' hot contemporaries, bringing you heat, romance and snappy dialogue. Life might be chaotic, as life usually is, but Beth always keeps a smile on her face, a song in her heart, and a cowboy on her mind.
Loading...
or support indie stores by buying on